From luxury British couture and tea, to chocolate, beauty products, home appliances and other items, UK products have gained popularity in China in recent years. To meet this growing demand, JD.com, China’s largest retailer, has announced plans to sell ￡2 billion of UK goods to Chinese consumers in the next two-to-three years.

The agreement signed today between JD.com and the British Government’s Department of International Trade (DIT) is focused on making it easier for British companies to access the China market via JD.

“Many British brands recognise the huge potential of China’s enormous e-commerce market,” said Richard Burn, Director-General of DIT China. “JD truly understands what Chinese consumers want and has the resources to help British brands ensure success in the region. We’re looking forward to working with JD to bring more British brands to China in the future.”

Prime Minister Theresa May, who is on her first official state visit to China since becoming Prime Minister, met with JD Chairman and CEO Richard Liu at the Residence of the British Ambassador to China. Among the topics Liu and May discussed were JD’s plans to help more UK brands reach JD’s more than 266 million customers. 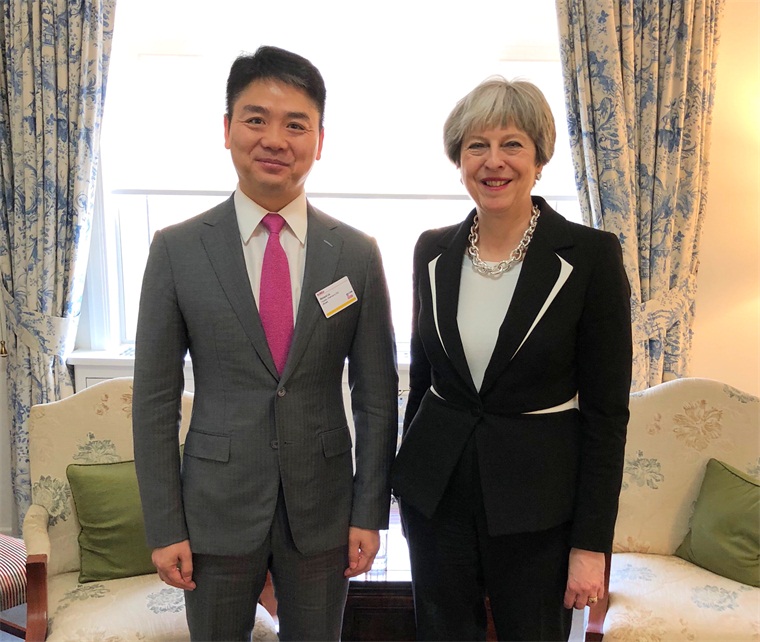 The number of UK brands on JD has doubled over the last two years, with sales in 2017 growing 100% year-on-year. World famous brands Dyson, Clarks, Johnnie Walker and Lipton are among the most popular with JD consumers. Over the past three years, Dyson sales on JD have increased by more than 60 fold.

“We’re pleased to be working with DIT to make it easier and more convenient for British brands to enter the Chinese market,” said Winston Cheng, President of International at JD.com. “We’ve seen rapid growth in demand for British products from our consumers in recent years, and will look to showcase the ‘Best of Britain’ on our platform even more through this agreement.”

In order to promote even greater sales of British goods, JD will launch special campaigns for seasonal products and undertake other activities to give brands more opportunities to reach Chinese consumers. JD will kick off with a 24-hour “Celebrate Britain” sales promotion for UK products this April to introduce the “Best of Britain” to Chinese customers.

JD has already made a big push into Britain’s renowned fashion industry. Last June, JD partnered with the UK’s Farfetch, the leading global e-commerce platform for the fashion industry, to bring more niche brands from around the world to Chinese consumers. This past fall, the company sponsored shows at London Fashion Week and also partnered with the British Fashion Council (BFC)/Vogue Designer Fashion Fund to help the BFC deepen its engagement with the Chinese market.