Xiao Yue is a girl from a rural village called Yanchuan in Shaanxi province. Her family owns a small farm, but for a long time Xiao Yue’s parents, who are in poor health, had no knowledge or training on how to plant the fruits in an effective way. As a result, the fruits often failed to meet quality standards to be sold in a good price, and ultimately rotted.

Things changed after 2016, when JD’s agricultural technology service team went to Yanchuan to help the farmers with scientific planting and help them increase profits. The previous poverty alleviation programs in Yanchuan had often followed a “one-size-fits-all” model, which weren’t applicable for many farmers. Additionally, some of the policies were too complicated for uneducated farmers to understand.

Unlike the previous projects, JD’s poverty alleviation program aims to really help the farmers solve their problems. JD provides solutions for farmers throughout the whole product chain: planting, processing, brand-building and marketing, logistics, and finance. The program has helped the farmers improve the quality of the land, and boost nutrition for the fruit trees. JD buys the fruits at a price 20% higher than industry average. JD also developed a brand “Bu Er Guo” (unique fruit) for the fruits, and built an online store on JD as the sales channel.

Now JD has built 500 bases for high-quality fruits in Shaanxi, including apples, grapes, red dates and more. In the past five years, sales of agricultural products on JD have surpassed RMB 500 billion yuan, and as of September 30th, JD has launched over 3 million types of products for poor areas in China, which have helped over 1 million poor farmers increase their income.

When the COVID-19 outbreak caused problems for many rural areas in selling and transporting their agricultural products, JD quickly opened a “fresh food green pass” for the farmers. The project ultimately sold 300 million agricultural products and held over 100,000 livestream shows for farmers.

JD Chairman and CEO Richard Liu’s passion for poverty alleviation comes from experiencing poverty in his childhood. When he was little, he rarely had chances to eat meat or wear new clothes. When he was admitted to Renmin University, his fellow villagers, though poor, collected 76 eggs and RMB 500 yuan for him to start his life in Beijing. He still remembers and appreciates what the villagers did for him, and wants to help them and other people in similar circumstances fight poverty and illness.

In 2003, when JD had only 38 employees, he took the staff to Shanxi province to fund 38 orphans—one for each member of the company. In 2015 after JD had become more successful, he went back to his hometown in Suqian, Jiangsu province, to give RMB 10,000 yuan to each of the over 600 elderly people in his village. In 2017, when he served as honorary village director for Pingshitou village in Hebei province, he prepared gift boxes worth over RMB 1,000 yuan each for  every family ahead of Chinese New Year.

Though these experiences were fulfilling, Liu eventually realized that only giving money to the farmers was not sustainable, and would not solve the real problem. He found that the reason that many poor villages could not improve their living standard was because of the information gap between rich and poor, and the price discrimination for poor areas.

The information gap means that farmers don’t know the true market demand for their products. Price discrimination means that in poor areas, the agricultural products are usually sold at a very low price— and it’s hard to get the products to big cities to sell in a higher price range. Also, its generally more expensive for poor areas to buy daily products, because it’s more costly to transport the products to these areas. The villagers need to pay more money for the same product compared to people living in the cities. In response to observing these conditions, Liu decided that JD would help the farmers solve these two problems.

To tackle the information gap, JD leverages big data to instruct the farmers on how much they need to plant and what they need to plant. To solve the price discrimination issue, JD has improved the coverage of logistics and cold-chain warehouses in the rural areas, and has leveraged JD’s supply chain to help farmers get their products out of the village.

JD Logistics also launched an initiative to achieve 24-hour delivery in over 1,000 counties and over 10,000 towns, to provide quicker and easier delivery service for rural areas. Additionally, JD helped the rural areas to build their local brands for agricultural products to increase the added value for the products. In 2016, Liu launched the “running chicken” project, in which farmers collect the steps that each chicken walked every day. The chickens need to walk 1 million steps before they go to market. JD purchases the chickens from the farmers to sell on the JD platform.

In 2017, Liu was awarded Outstanding Contribution Award for Poverty Alleviation given by the State Council—and his road of poverty alleviation continues. He announced that in the next three years, JD aims to help farmers through its ability in supply chain, logistics, finance, technology and service, and lead rural areas to achieve over RMB 1 trillion of output. He will focus on smart agricultural projects, the establishment of new infrastructure, support industry belt, supply chain empowerment and financial support to build integrated chains for the agricultural products and lead more villagers to better lives.

Facing complex dynamics, JD.com continued to maintain a steady and healthy business growth, helped build certainty for real economy in China and ensured best possible service to its customers, as demonstrated by the company’s earnings of the third quarter of 2022, released on November 18.

In the third quarter, JD.com saw net revenues increase by 11.4 percent from the third quarter of 2021, reaching RMB243.5 billion (US$34.2 billion) amid challenges brought by the macro economy, supply chain disruptions and more. Net service revenues were RMB46.5 billion (US$6.5 billion), an increase of 42.2 percent year-on-year. Net income attributable to ordinary shareholders for Q3 was RMB6.0 billion (US$0.8 billion), compared with a net loss of RMB2.8 billion YOY.

“We are delighted to see substantial improvement in our growth quality this year,” shared Lei Xu, CEO of JD.com, during a conference call to discuss Q3 2022 earnings. “Given the evolving economic and industry environment, JD made a pre-emptive decision to focus on our core businesses since the beginning of the year, while reinforcing quality operations and management, and attaching high importance to business health.”

Thanks to JD’s continuous emphasis on user experience with refined operation, the consumer mindshare, structure, as well as supply chain efficiency have dramatically improved. JD’s annual active user base in Q3 climbed 6.5 percent to 588.3 million, mainly driven by the net addition of over 10 million active users from the core retail business. In particular, the scale of JD Retail’s consumers who repurchase and Plus members were growing faster, accounting for a higher proportion in the total user base. The Plus members had kept a high degree of loyalty, engagement and purchasing power, with the average annual spending of each member eight times higher than a non-Plus consumer.

“JD.com’s relentless focus on user experience, cost and efficiency has allowed us to continuously expand our user base while delivering profitable growth,” said Sandy Xu, Chief Financial Officer of JD.com.

As a new type of real economy-based enterprise, JD.com continues to invest in the marketplace ecosystem construction, omni-channel business layout, and well-established supply chain infrastructure to invigorate and empower the real economy.

In Q3, the number of third-party merchants within JD Retail’s online marketplace ecosystem achieved an over 20 percent increase for the 7th consecutive quarter. In addition, with the launch of the FENDI flagship store, JD.com became the first company to partner with LVMH for nine top fashion brands. Besides the over 70 national pavilions, which bring consumers a variety of specialty products from around the world, JD.com newly opened pavilions from nearly 20 countries during the 2022 Singles’ Day Grand Promotion.

“JD’s involvement in intra-city business is based on user demand, not purely business growth opportunities,” said Lei Xu, expressing that the company is willing to open up its capabilities of supply chain and services to drive the digitally intelligent transformation of up- and down-stream partners.

“We know very well the difficulty of offline business of SMEs, that’s why we never tried to carve up their profits but work together in synergy to reduce costs and gain reasonable profits from cooperation.”

By exploring in-depth with key clients in the fields of FMCG, home appliance, clothing among others, JD Logistics’ (JDL) capabilities are gaining more recognition, with the revenue from external clients growing to nearly 70 percent of its total revenue in Q3. By the end of Q3, JDL (incl. Deppon) operated more than 1,500 warehouses and managed logistics infrastructure that had exceeded 30 million square meters.

JD’s top executives believe that the retail industry has the power to weather different economic cycles, with confidence in the long-term trend of China’s macro economy as well as consumption, according to comments made by Lei Xu, CEO of JD.com, during a conference call to share the second quarter and interim result of 2022 released on August 23.

Xu emphasized that as China’s consumer market is expected to become the world’s largest in scale, JD will always stick to focusing on user experience, supply chain capabilities, cost reduction and efficiency improvement, and investment in technology and innovation through a disciplined approach to capture growth opportunities with a long-term perspective.

Notably, driven by healthy user growth in the core retail business, a sequential net addition of over 10 million annual active users have joined JD.com compared with Q1; meanwhile the overall users showed a trend of higher shopping frequency, daily active user (DAU) and average revenue per user (ARPU). JD PLUS, the premium membership program of JD.com, set a record high in scale by surpassing 30 million members in July 2022. Moreover, the average annual spending of JD PLUS members reached eight times more than non-PLUS members by Q2, indicating the robust consumption power and stickiness of the members.

JD.com’s omni-channel remained a momentum driver, despite challenges brought by COVID-19 still existing in Q2. Intra-city retail business, seeing a triple-digit YOY GMV growth in Q2, will be regarded as a new model of business and services with design and integration of products, systems and categories, Xu said, sharing his views that only through a win-win-win for brand merchants, offline merchants and e-commerce companies in terms of profit can the new pattern be long-lasting and sustainable.

JD Logistics, demonstrating a strong practice to empower the industry in terms of supply chain capabilities, received external revenues accounting for nearly 60 percent of its total revenues in Q2. During Q2, JDL launched two new Asia No.1 smart industrial parks into operations in the cities of Yiwu and Wenzhou in Zhejiang province. In total, JDL operated over 1,400 warehouses as well as nearly 90 bonded, international direct mail and overseas warehouses as of Q2.

For the Group as a whole, the management has better control over and confidence in the bottom-line performance, said Sandy Xu, CFO of JD.com. “We will continue to gain market share in our core business and maintain our commitment to invest for the long term,” she added.

Behind the Scenes of JD’s Asia No. 1 Fulfillment Center Network 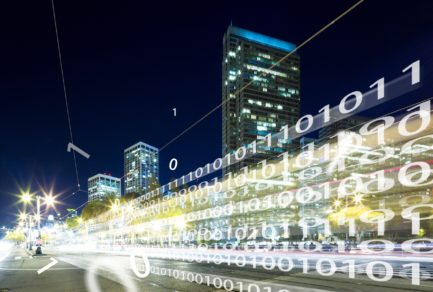 JDT Chief Economist: 2B and 2G as the Next Wave of China’s Digitalization